The focus of the Ward Collection is the Peninsular War (1808-1814). There are contemporary publications such as the Narrative of the Principal Events of the Campaigns of 1809, 1810 & 1811 by William Stothert (1812) as well as histories of the war and memoirs of prominent figures which were published at a later date, e.g. those of Field-Marshal Viscount Combermere and Sir William Napier.

Secondary sources on the Peninsular War can also be found in the Ward Collection.

Extent: 280 books ranging in date from the early 19th century to the late 20th century.

The Ward Collection is part of Special Collections on level 4 of the Hartley Library on the Highfield Campus. It is open to all to use.

Material is fetched for use in the Archives Search Room which is open Monday to Friday 09.30-17.00. Appointments are not required, but it can save you time if you order items in advance.

If you do not have a University I.D. Card, you will need to show photographic I.D. on entering the Hartley Library and on entering the Archives Search Room, a form of I.D. which includes your permanent residential address.

See Ward Collection for a complete list of titles.

Stephen George Peregrine Ward (1917-2008), who served in the Western Command during the Second World War, was a military historian and author of Wellington's Headquarters: a Study of the Administrative Problems in the Peninsula, 1809-1814 (Oxford, 1857). He also contributed numerous articles on the subject to Journal of the Society for Army Historical Research.

In 1946 he acquired many books on the Peninsular War from the library of Sir Charles Oman (1860-1946), the author of A History of the Peninsular War, 7v. (1902-1930) and presented these, together with his own collection of books and notes to the University Library.

Rare Books on the Peninsular War subsequently acquired by the Library are added to the Ward Collection. 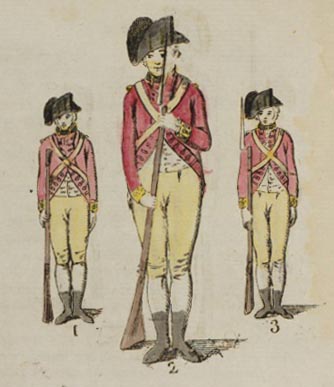 Richard Ford Diorama of the Campaigns of Wellington (1852) 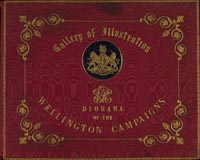