Resources relating to race, ethnicity, LGBTQ+ and other marginalised communities

The Library is working with the Students Union to add additional resources.

We welcome suggestions that will help us develop our collection to be more inclusive. Resources could focus on race, ethnicity, gender, sexual orientation, gender identity, gender expression, physical ability, socioeconomic class, or any other group that you identify.

Please use our Library Resources Request form for books and other resources that you will be using to support teaching.

Suggestions for resources for general interest can be made using this form.

Created and updated through a collaboration between the British Library, the UK Web Archive, and five other UK Legal Deposit Libraries - for more information click here.

Antiracism Toolkit for Allies: published in August 2020 by the Coalition for Diversity and Inclusion in Scholarly Communications, the toolkit is the first in a series of three, designed to provide antiracism resources for allies; for Black, Indigenous, and People of Color; and for organizations within the scholarly publishing community.

Publishers, led by the Royal Society of Chemistry (RSC) have signed a commitment to make research publishing more inclusive and diverse (June 2020). 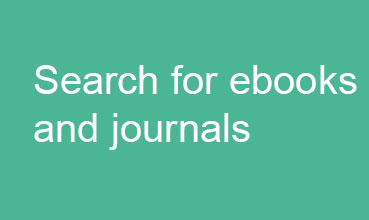 Here are some featured titles, selected by members of the University.

You can search our catalogue using DiversifyUoS to see our full collection of Diversity, Inclusion and Belonging print and ebooks. You will need to have VPN connected to read the ebooks from off campus.

If these books are in high demand and you cannot access a copy, please email libenqs@soton.ac.uk and we will purchase additional ebook licences.

The following are books we are unable to purchase as ebooks. This is because the publisher has chosen not to make the title available for libraries to purchase, preferring to sell or rent directly to individuals either because this is allegedly more profitable, or they do not have the rights.

•   BoB
A TV and radio archive that allows you to watch programmes, create clips and make playlists. Sign in with your University of Southampton login.                   It includes TV, shows such as The Handmaid's Tale, Being Black, Going Crazy? and Queer Britain.

•   TED
A global community, welcoming people from every discipline and culture who seek a deeper understanding of the world, with the world's most inspired         thinkers and a community of curious souls to engage with ideas and each other, both online and at TED and TEDx events around the world, all year             long.