All Cope Illustrations are stored in the Rare Books area and are fetched for use in the Archives and Rare Books Search Room which is open Tuesday-Thursday 1000-1600. All visits are by prior appointment and all visitors will be required to book their visit and to order their material at least 1 working day in advance.

The illustrations in the Cope Collection include prints collected by Sir William Cope and photographs and postcards subsequently added to the collection. Topographical in nature, they provide an important visual record of the county.

Prints – around 2,700 18th and 19th century prints of Hampshire and the Isle of Wight, many pasted into seven large albums. They show antiquities, country houses, picturesque scenery and views of individual towns and villages.

Photographs - over 3,500 photographs covering Hampshire and the Isle of Wight, with a large proportion on Southampton and the docks. Most date from the first half of the 20th century or from the 1980s.

Postcards -  the Cope postcards consist of around 1,000 postcards of Hampshire and the Isle of Wight. Most are view cards, dating from the early years of the 20th century.  The Peter Cook postcards are a collection of over 3,000 postcards of Southampton. It includes view cards and also examples of early cards from the late 19th century, souvenir, trade and humorous cards. 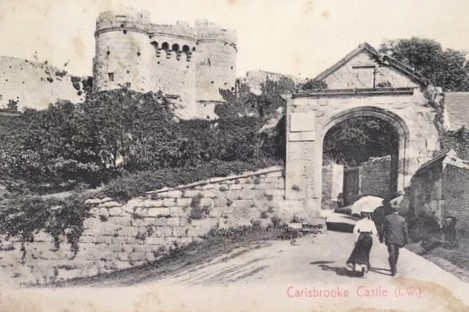 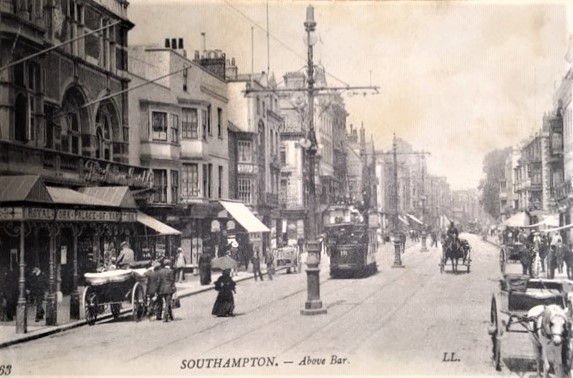 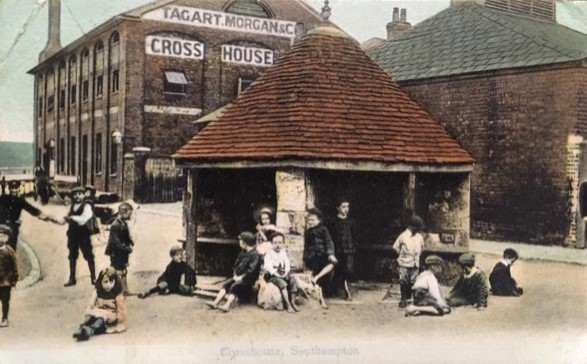 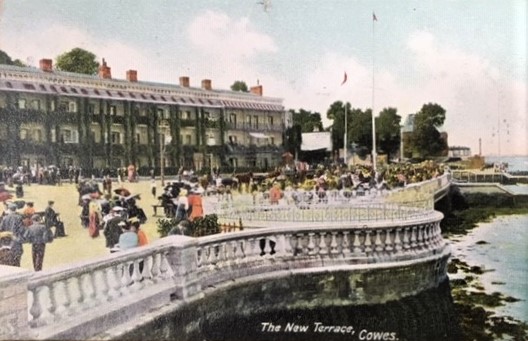 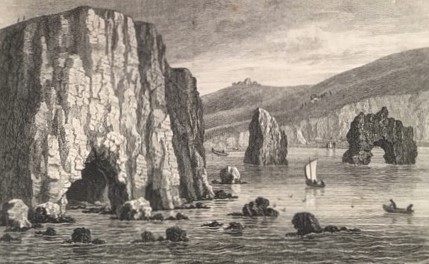 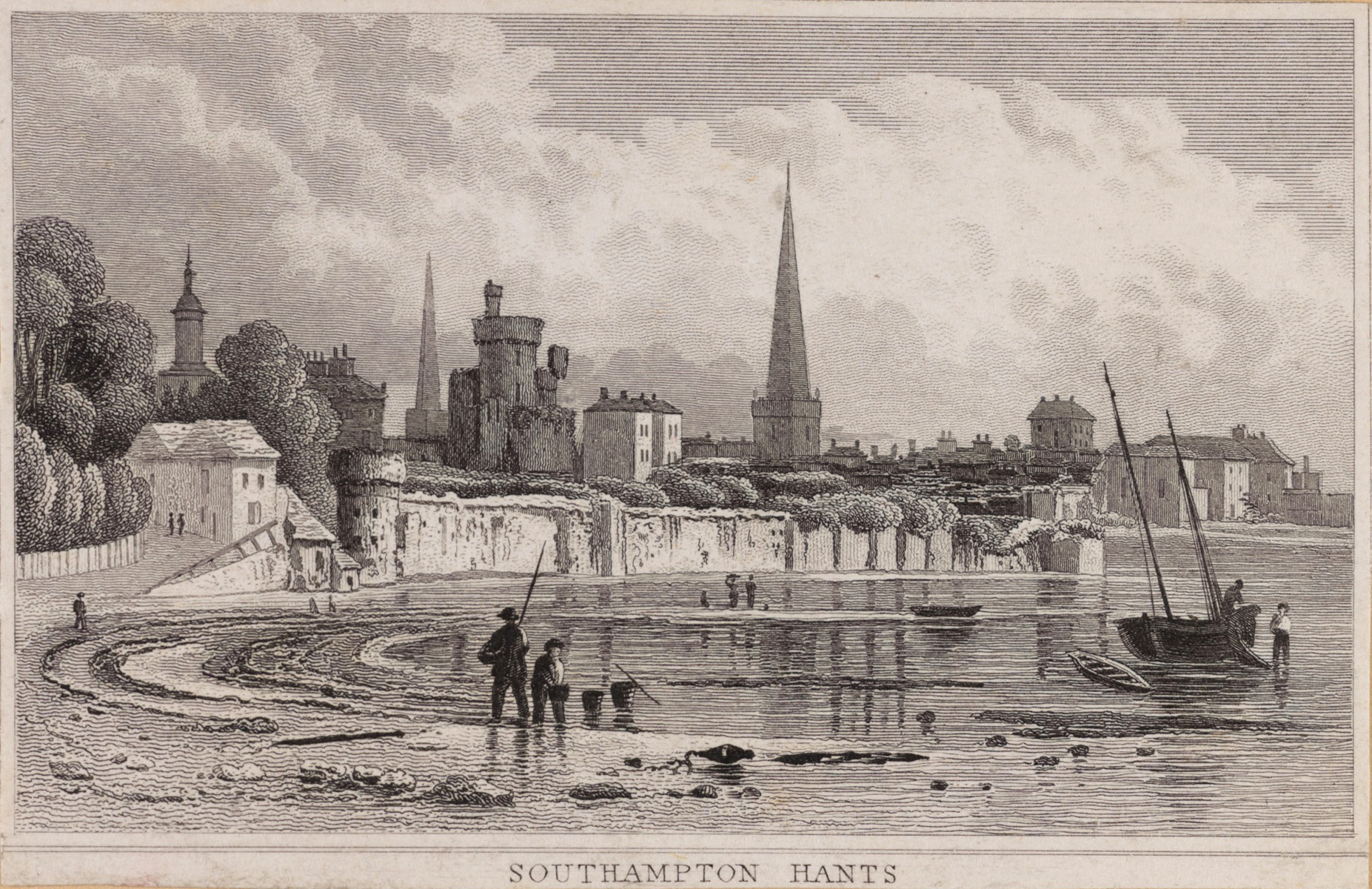 Southampton from the west (Cope prints) 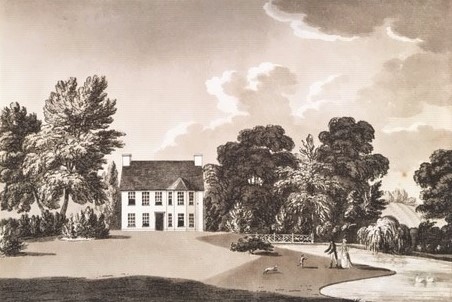 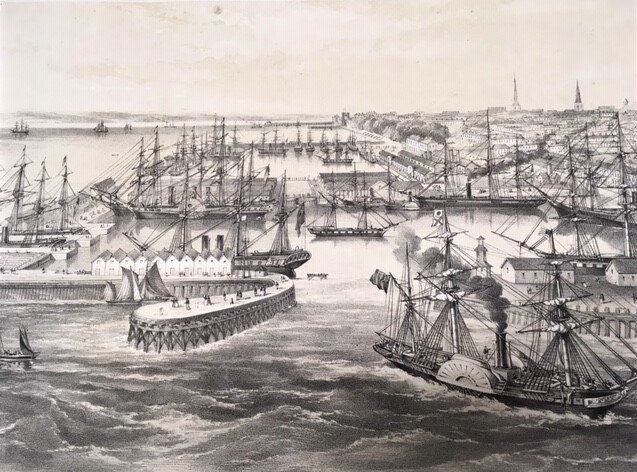 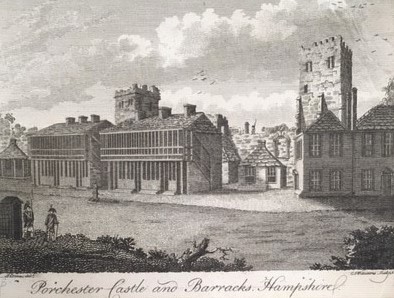 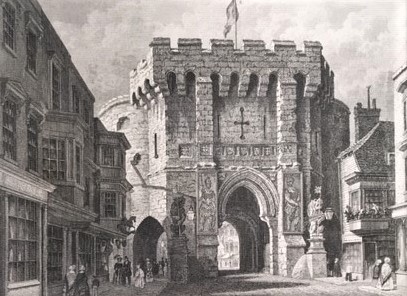 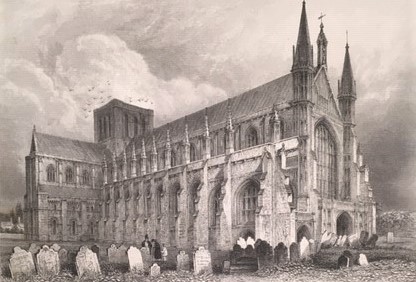 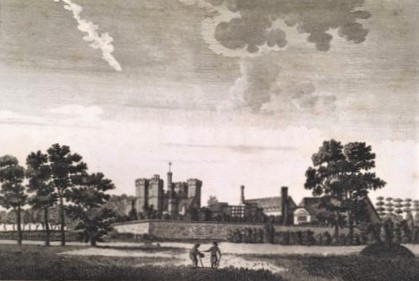 Illustrations can also be found in other local collections: