The Oates Collection of books on Africa has as its focus accounts of European, primarily British, travel and exploration in Africa from the mid-nineteenth century to the early twentieth century. The writers recount their experiences as travellers, hunters, soldiers and missionaries in titles such as To Lake Tanganyika in a Bath Chair / Annie Hore (1889) and Soldiering and Surveying in British East Africa 1891-1894 / J.R.L. Macdonald (1897). The lives led by those who were resident in Africa for lengthy periods are also included, as in J. Mackenzie's Ten Years North of the Orange River (1871).

The books commemorate Frank Oates (1840-1875), the explorer, whose journal was published posthumously as Matabele Land and the Victoria Falls (1881) and Frank Oates O.B.E. (1890-1945), the geologist, who worked on both the Gold Coast Geological Survey and the Tanganyika Geological Survey.

Extent: Over 250 books on African travel ranging in date from the mid-19th century to the mid-20th century.

The books are part of the stack collection and can be requested via Library Search. See Stack Requests.

Members of the University and visitors over 18 are welcome to use the Library. Visitors will need to bring photo ID. If you are under 18, please contact libenqs@soton.ac.uk with your enquiry.

Our computer workstations are only available to University staff and students, but you can connect your own device to the free WiFi Guest service.

Library Search includes records for all Oates Collection books. It enables you to search the Library's printed books, journals and electronic resources at the same time. Access to e-resources is limited to staff and students of the University.

The Oates Collection (Africa) books are available for Long Loan and if you have a University I.D./Library Card you can borrow books at the Loans Desk or at the self-issue units on level 2.

Robert Washington Oates (1874-1958) was born in London and educated in Belgium and Germany. He served in the First World War as a private soldier, at the same time amassing a considerable fortune through his financial interest in a firm of industrial chemists. After the war he became an antique dealer, gaining an international reputation in the antiquarian book-trade.

In 1954 Oates was instrumental in securing Gilbert White's home, The Wakes, as a permanent memorial to the naturalist and author. There he established the Oates Memorial Museum and Library, which commemorated two members of his own family, his cousin, Captain Lawrence Oates (1880-1912), a member of the Scott's Antarctic Expedition and his uncle, Frank Oates (1840-1875) who was one of the first Europeans to see the Victoria Falls. At that time, the Library was reported to amount to 40,000 books.

Two collections of books from the Oates Memorial Library were acquired by the University in 1970. 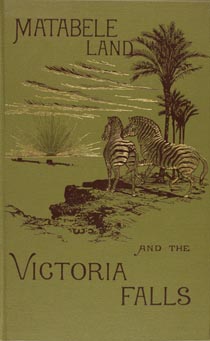